In an op-ed for the Washington Post, Jeanne Lenzer and Shannon Brownlee describe how the FDA permits doctors to implant untested medical devices at extreme risk to patients. Today, 32 million people have one of these devices implanted in them.

They report that many patients with implantable devices are at risk. They describe, for example, the implantation of a pain-relieving device in the top of patients’ spines that can cause respiratory distress and even death. The FDA approved it in 2003 even though it had never been tested on people. Likewise, artificial hips have been found to cause cobalt poisoning, harming the heart and brain and defibrillators can provide too great a shock to patients.

A lot of the blame for these faulty medical devices can be attributed to the FDA’s lax approval process. Acknowledging its responsibility, back in November, the FDA had said it would make changes to the way it approved the vast majority of devices. But, it still is not insisting on testing of these devices in people. Only a small fraction of highly risky heart devices go through stringent clinical trials.

The issue stems from an old FDA policy to grandfather in for approval all new devices that have “substantial equivalence” to a device that was approved before 1976. As a result, about 80 percent of new devices are approved without testing. If it’s a simple device like a cane or stretcher, automatic approval makes sense. If it’s a highly complex device, such as artificial joints or a pacemaker, it is dangerous.

Even new surgical mesh implants can be dangerous. Researchers at the University of Oxford determined that about one in eight surgical meshes sold in the US between 2013 and 2015 were like surgical meshes that had been recalled because of the harm they caused. The FDA reports that it does not look at the earlier approved device when approving the new device. And, it is doing nothing to fix this issue.

A second way medical device manufacturers can avoid clinical trials for new devices is if they tell the FDA that they are updating a device in small ways, a pre-market “supplement pathway.” According to Harvard research, the FDA allowed virtually all “updated” pacemakers and defibrillators to be sold without clinical trials between 1979 and 2012. No surprise, one defibrillator ended up putting people’s hearts into a lethal rhythm. At the time, 250,000 people had the device implanted in them.

The FDA has done nothing to address the flawed process. As a result of a federal law passed several years ago, MDUFA, the FDA now takes money from the medical device industry to cover its costs. And, it sees the manufacturers as its customers. The FDA head, Scott Gottlieb, supports the FDA’s inaction to correct the medical device approval process saying that “the FDA’s caution is hazardous to our health.”

What should be done? All new high-risk implanted medical devices should go through clinical trials before the FDA approves them as safe and effective. There should also be a medical device registry that records patient outcomes. And, the FDA should operate with no conflicts of interest. It should not take money from the device manufacturers as the law currently requires, and the head of FDA should have no financial conflicts of interest. 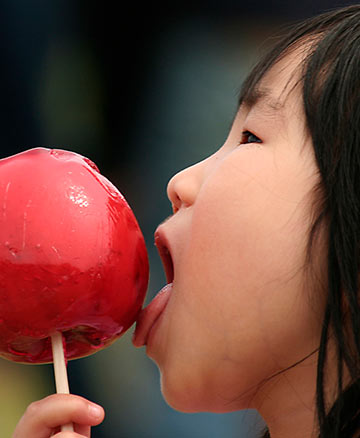 At least once a year, every caregiver should engage the older people they love in what can be difficult conversations....