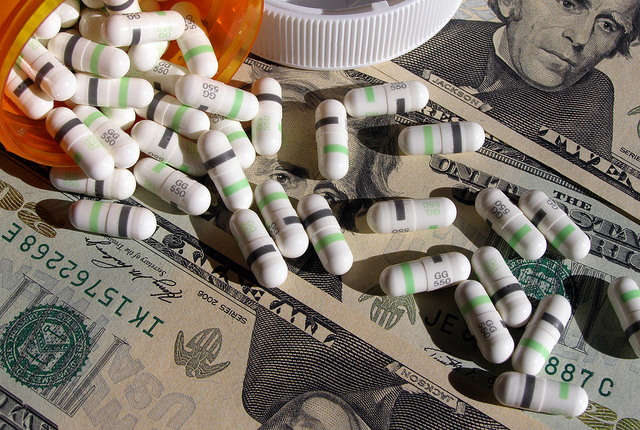 A Consumer Reports investigative report reveals that to save money on drugs, you may want to avoid chain pharmacies. Pharmacies such as CVS, RiteAid and Walgreens sometimes charge as much as 10 times more than big box stores, such as Costco and Sam’s Club for the same drugs. Even if you have insurance that covers your drugs, the copays could be higher for the drugs you get at the chain drugstores than the full price you pay for the drugs at the big box stores.

Based on calls to 220 pharmacies by its “secret shoppers,” Consumer Reports found substantial price variations within communities. Be it in Raleigh, North Carolina, Denver, Colorado, or Dallas, Texas, the chain drug stores or grocery stores often had prices for commonly use prescription drugs strikingly higher than some independent drug stores. In Raleigh, a month’s supply of generic Cymbalta cost $220 at Walgreens, $190 at Kroger, $118 at Walmart, $64 at an independent pharmacy, and $43 at Costco. In Dallas, a month’s supply of generic Plavix cost $150 at CVS in Dallas and $23 at an independent pharmacy a 20-minute drive away.

To keep your costs down, you might want to take the time to price your drugs at a few different pharmacies. Be sure to ask the pharmacy whether you can get the drug at a better price or whether there’s a discount program. Consumer Reports found that shoppers who asked the pharmacy whether they could get the drug at a lower price were sometimes able to get steep price reductions. Also, chain pharmacies may have discount programs for cash-paying customers that significantly reduce prices on some drugs.

Remember that you might spend less for your drugs buying them directly online or from a big box store than if you use your insurance.  The list price for several generics at www.healthwarehouse.com and Costco is likely less than your insurance copay for the drugs. And, if you can, get a three-month prescription, which tends to deliver better value.

Here are six tips for keeping your drugs costs down if you have Medicare. And, here you can find free local resources for older adults.

Be sure to get your cancer screenings

Recent data from the Centers for Disease Control reveals that we need to do a better job of getting cancer...